It's not unlikely that other setups can be affected by the problem, as basically any code that relies on trapping the ImportError, after the mercurial.demandimport mechanism has been activated, will fail.

Since the 0.11 of the plugin, the package has been renamed to tracext: 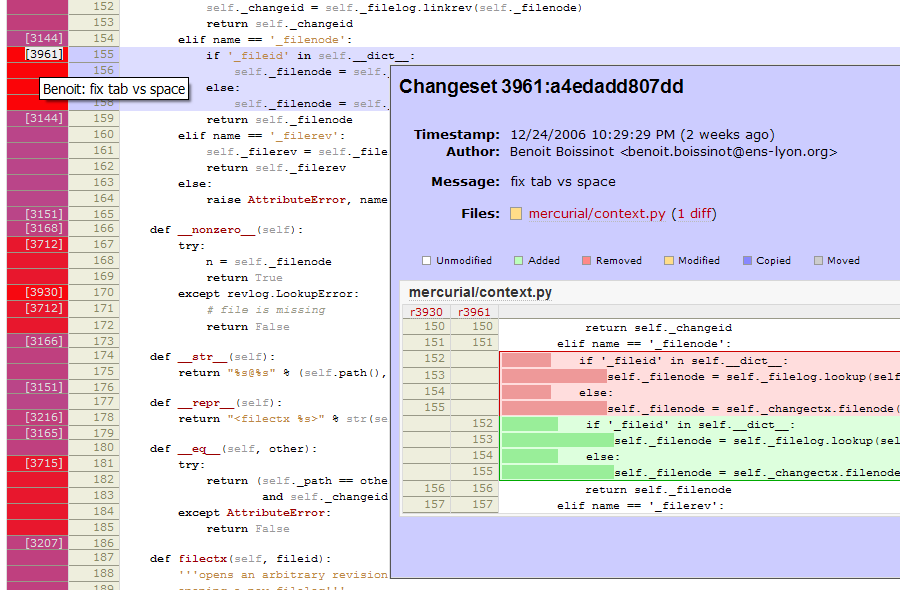 New: This is now implemented. Use the 0.12 version of the plugin and the MultipleRepositorySupport.

Already got most of it working, expect that it's pretty much hacked in the Trac 0.10.3 version of the mercurial plugin. Since it needs a bit more flexibile templating (in regards with the lookup/url's) this is hacked around node.path at the moment. Some (small/large?) issues remain but most of it is working.

Note that with the MultipleRepositoryBranch of Trac, it should be possible to implement an IRepositoryProvider component knowing about the forest extension and adding besides the repository for the forest itself, the managed repositories as well.